Cairo, 17 December 2012 – The African Export-Import Bank (Afreximbank) has signed facility agreements to provide almost 55 million Euros to three firms for equipment procurement and to enhance cocoa beans processing capacities as part of the Bank’s programme to support value-additive activities to move Africa away from remaining an exporter of raw produce.

The facility agreement with SUCSO is a dual-tranche export receivables-backed facility under which Afreximbank would, in Tranche I, provide up to 3.2 million Euro to enable SUCSO finance upgrades and undertake new investments to complete the setting up of two additional processing lines for the production of cocoa butter and cocoa cake, and, in Tranche II, finance procurement of cocoa beans by SUCSO for the 2012/2013 season for processing into cocoa products for export.

In the case of SONOCO, the 25 million-Euro facility will be used to purchase a flour mill plant to help the company to expand its business by producing flour locally instead of importing from outside.

CONDICAF will use the 18.9 million Euros it is being provided under the facility agreement to refinance existing indebtedness, purchase a cocoa processing plant and to purchase cocoa beans.

Afreximbank President Jean Louis Ekra said that the facilities to SUCSO and CONDICAF were being extended under the African Cocoa Initiative through which the Bank is supporting value-additive activities in the cocoa sector to move Africa away from an exporter of raw beans to an exporter of cocoa products, including raw materials for the chocolate and beverage sectors. The facility to SONOCO was within the framework of the Bank’s programme to diversify Africa’s export, import and production, added Mr. Ekra.

“The development impact of increased value addition is consistent with the Bank’s mission of facilitating diversification of African trade by market and products, and fostering value added exports and industrialization of the African continent,” said the President.

Martial Yace, President of SUCSO, said that the firm planned to use the facility to install functional equipment to enable it to effectively raise its processing of cocoa beans to produce between 22,000 metric tonnes and 30,000 metric tonnes of cocoa products.

He welcomed the collaborative support which SUCSO had enjoyed from Afreximbank, saying that the Bank’s progressive role in support of Africa’s industrialization could not be contested.

Mamadou Saliou Diallo, Chief Executive Officer of SONOCO, said that provision of the facility by Afreximbank represented a clear example of how the Bank was working for Africa, particularly in the light of the difficulties African businesses were encountering in accessing financing from major international financial institutions.

Frederic Metch, Managing Director of CONDICAF, said that with the new facility, his company could proceed with confidence in its expansion programme to raise production from 15,000 tonnes to 45,000 tonnes. Its technical partner, Transmar, was providing it with technical assistance and had guaranteed uptake of the processed cocoa products.

About Afreximbank:
The African Export Import Bank was established in October 1993 by African governments, African private and institutional investors, and non-African investors to finance and promote intra- and extra-African trade. Its two basic constitutive documents are the Establishment Agreement, which gives it the status of an international organization, and the Charter, which governs its corporate structure and operations. AFREXIMBANK is headquartered in Cairo. For more information, visit: www.afreximbank.com 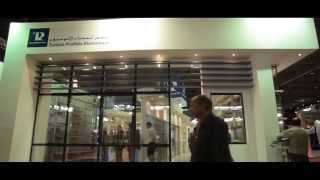 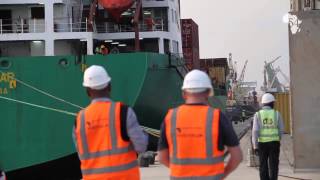 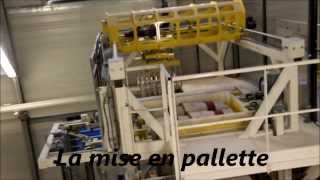